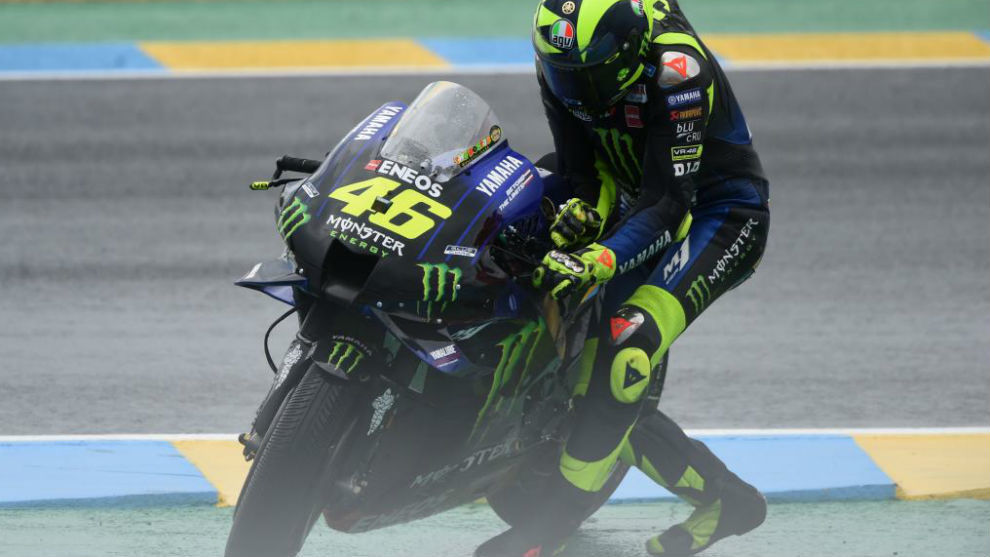 Valentino Rossi has been tested positive for COVID-19 and he is set to miss this weekend’s Aragon MotoGP in Spain as he is currently self-isolated at his home in Tavullia, Italy.

The Yamaha rider took to social media to release a statement indicating that he had to undergo a second test, following the one he had on Tuesday, after waking up with fever and pain in his bones.

“Unfortunately, this morning I woke up and I was not feeling good,” Rossi posted on Twitter. “My bones were sore and I had a slight fever, so I immediately called the doctor who tested me twice.

“The ‘quick PCR test’ result was negative, just like the test I underwent on Tuesday. But the second one, of which the result was sent to me at 16:00 this afternoon, was unfortunately positive.

“I am so disappointed that I will have to miss the race at Aragon. I’d like to be optimistic and confident, but I expect the second round in Aragon to be a ‘no go’ for me as well.

“I am sad and angry because I did my best to respect the protocol and although the test I had on Tuesday was negative, I self-isolated since my arrival from le Mans.

“Anyways, this is the way it is, and I can’t do anything to change the situation. I will now follow the medical advice, and I just hope I will be feeling well soon.”