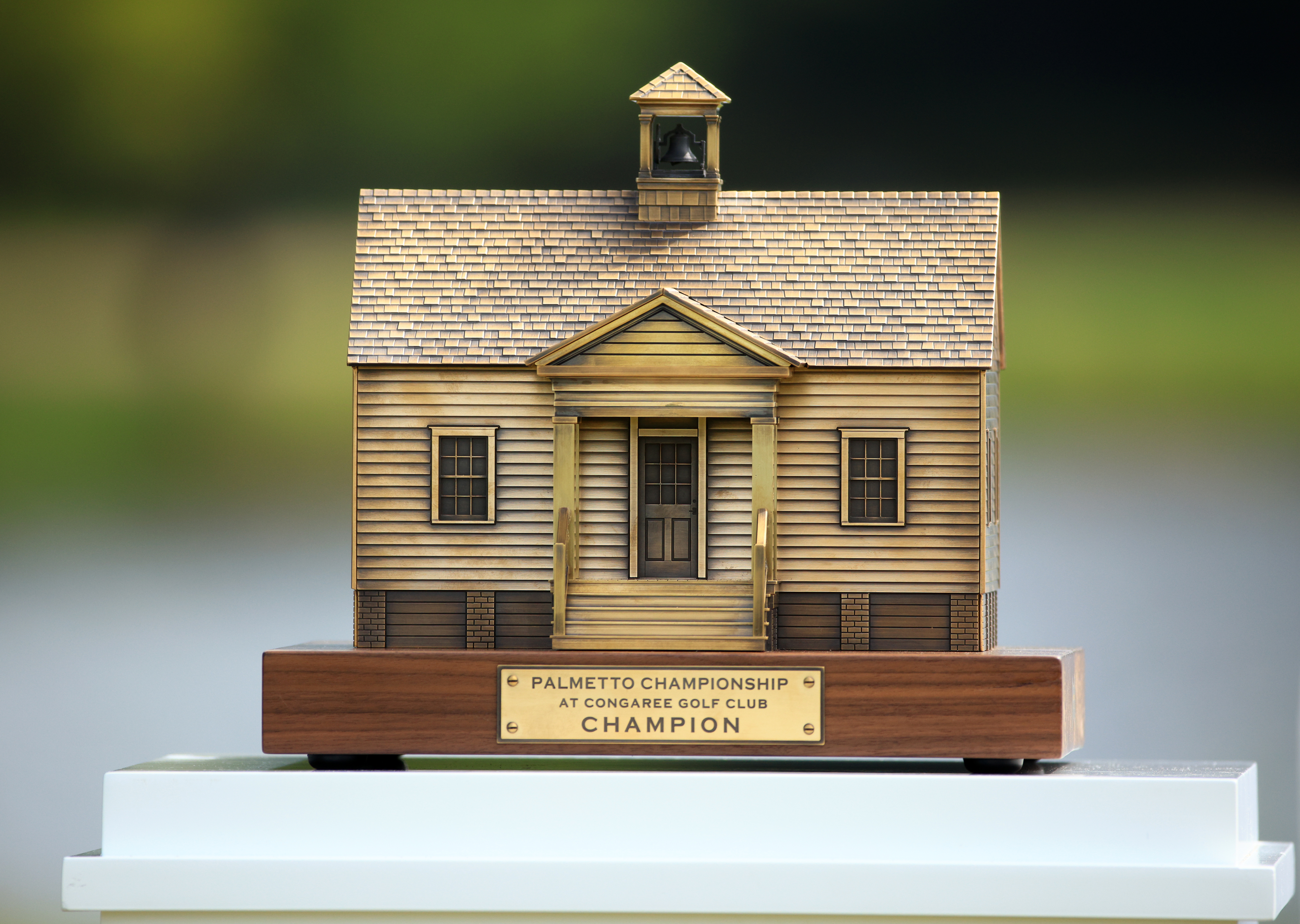 A South Carolina course makes its PGA Tour debut this week as players make their final preparations for next week’s U.S. Open at Torrey Pines.

Congaree Golf Club in Ridgeland, South Carolina, plays host to the 2021 Palmetto Championship, a tournament created to fill the RBC Canadian Open’s place on the Tour’s schedule. The RBC was canceled for the second straight year due to travel restrictions related to the COVID-19 pandemic. Congaree will play as a par-71 at 7,655-yards.

Shaking off recent struggles, world No. 1 Dustin Johnson turned in a bogey-free, 6-under 65 Thursday to grab a share of the early lead in the first round.

It opened in 2018 and has only two official members — its billionaire founders Dan Friedkin and the late Robert McNair, who owned the Houston Texans. What it has instead are invited ambassadors, people prominent in their industries who aren’t so much expected to pay cash as donate their time and mentorship.

Take a look at some photos from the 2021 tournament.