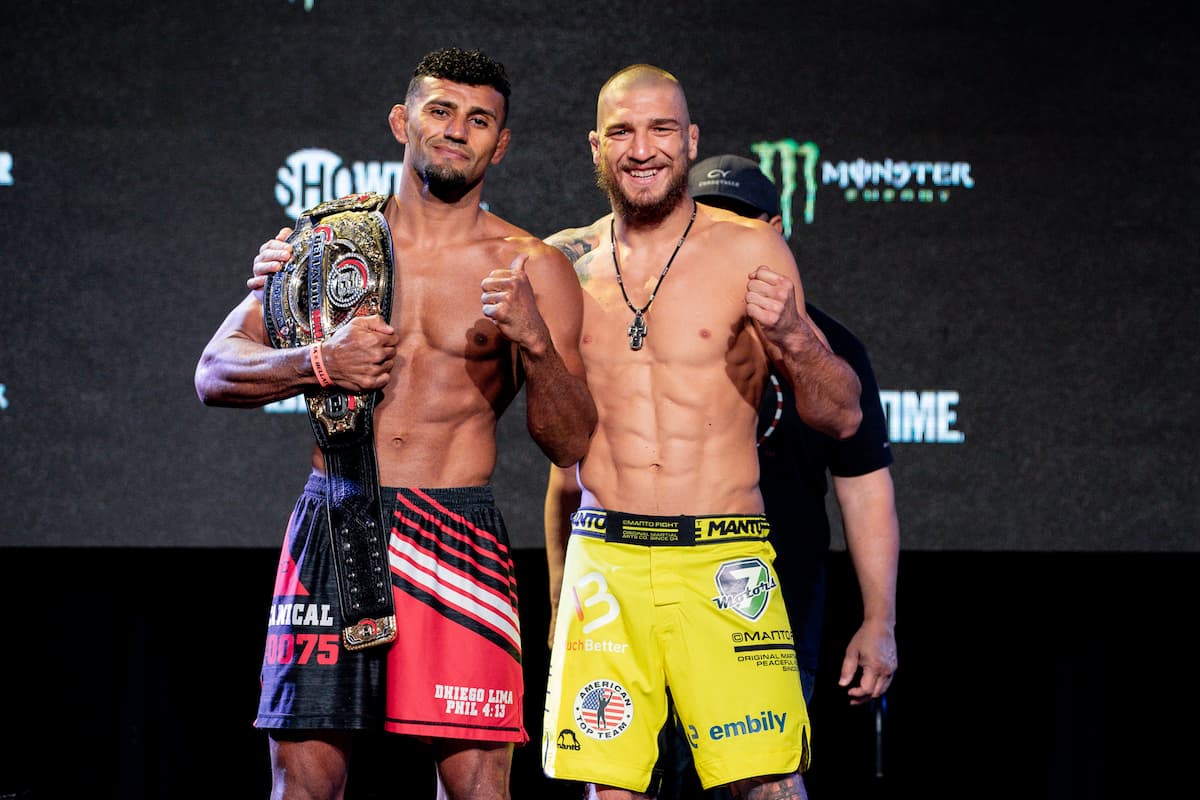 Welterweight champion Douglas Lima, top-ranked contender Yaroslav Amosov, and the rest of fighters featured on the Bellator 260 fight, card stepped on the scales to make it official. MMA event airs live on Showtime from Mohegan Sun Arena in Uncasville, CT on Friday, June 11, which makes it Saturday, June 12 in the UK and Australia. Tickets on sale through Vivid Seats.

Paul Daley and Jason Jackson both were 175 for their catchweight bout, that serves as the co-main event. Featherweights Aaron Pico and Aiden Lee showed 145.75 and 145, respectively, and welterweight Demarques Jackson was 170, while his opponent Mark Lemminger came in at 170.5. The full Bellator 260 fight card and weigh-in results can be found below.