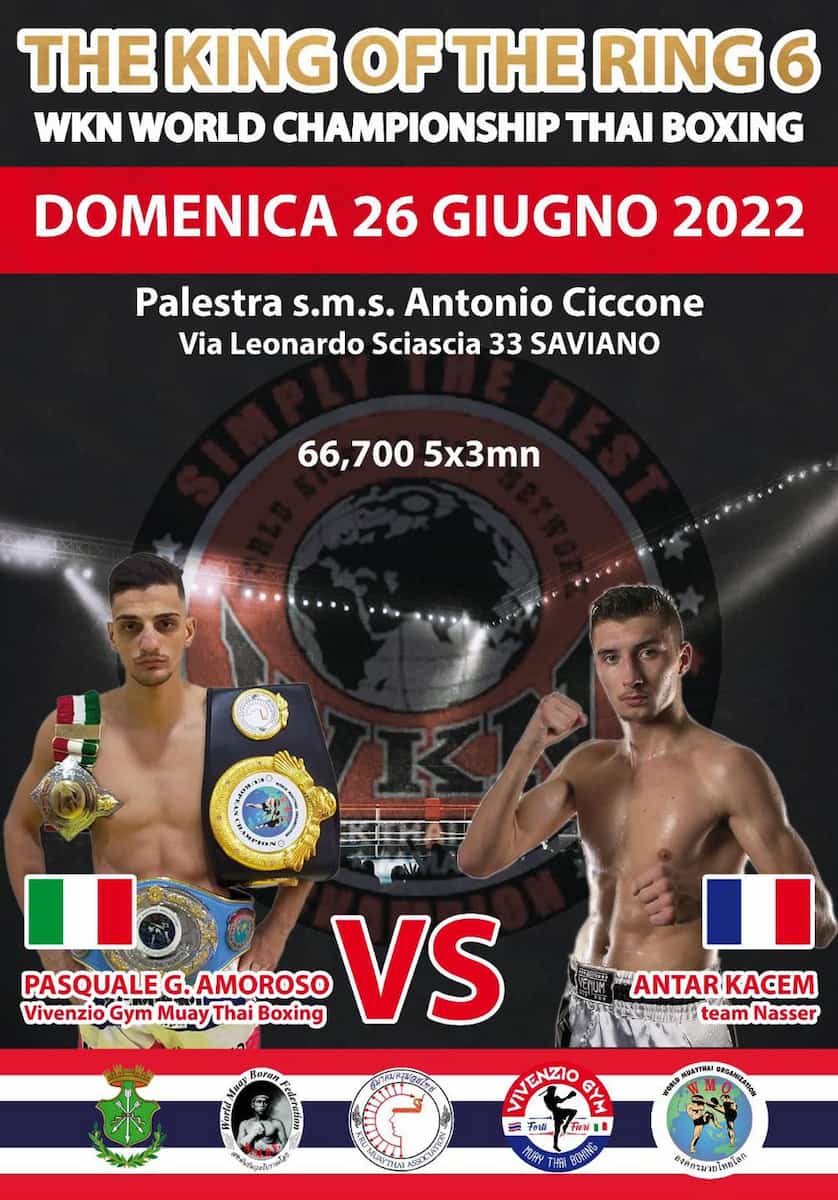 Pasquale Amoroso vs Antar Kacem for WKN World Muay Thai title headlines ‘The King of the Ring 6’ this Sunday in Saviano, Italy

World Championship returns to Italy this Sunday, June 26 with “The King of the Ring 6” taking place at Palestra Antonio Ciccone in Saviano. The contest features local star Pasquale Amoroso up against prominent contender from France, Antar Kacem. The pair battles it out for the vacant WKN super lightweight title in Muay Thai. The championship bout is scheduled for five rounds.

“Pasquale Amoroso and Antar Kacem, who fight for WKN world title in Saviano, Italy, are two strong fighters representing a new generation of European stars,” said President of World Kickboxing Network, Stephane Cabrera. “This fight at ‘The King of the Ring 6’ continues a series of WKN championship events in Italy.”

“Italy has a long history in combat sports, and the WKN has sanctioned some of the biggest title fights there, as so we do now in Saviano. I wish both fighters good luck, and look forward to a great event.”

The rest of fight card is scheduled to see a series of bouts with local and international kickboxers. The supervisor is Ricardo Lecca.

The previous World Championship event held on the Italian soil goes back to July 2019 when Brandon Vieira defeated Nicola Canu in Iglesias, Sardinia to lift WKN super featherweight belt and become champion in two styles. The video of the bout can be found below.

The post Pasquale Amoroso vs Antar Kacem for WKN World Muay Thai title headlines ‘The King of the Ring 6’ this Sunday in Saviano, Italy appeared first on FIGHTMAG.