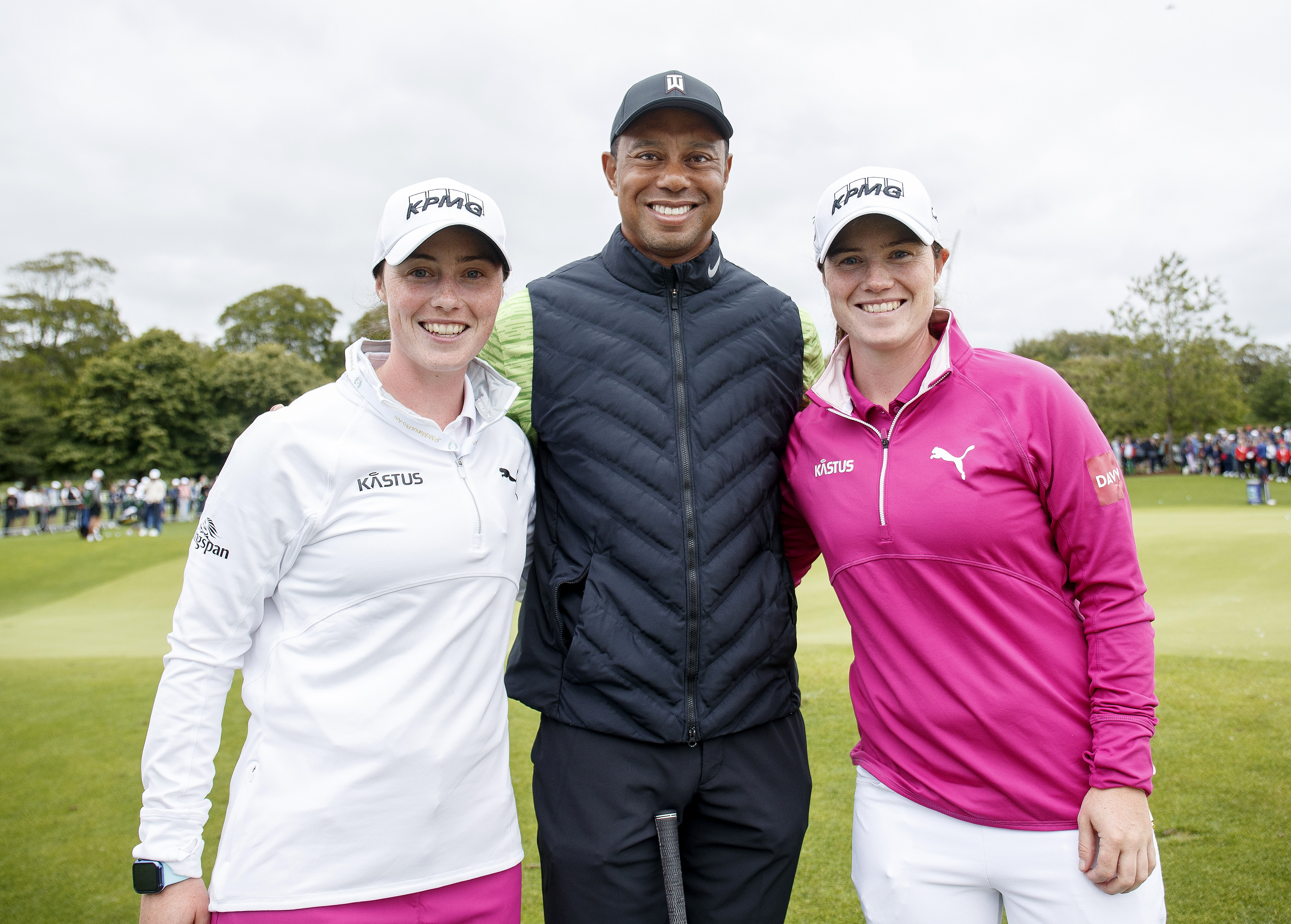 Ireland’s Leona Maguire, the lone LPGA player at JP McManus, is soaking up playing in same field as Tiger Woods and Rory McIlroy

Leona Maguire never dreamed she’d be competing in the same field at Tiger Woods and Rory McIlroy. Yet there she was, the lone female pro at the JP McManus Pro-Am at Adare Manor in Limerick, Ireland, where tens of thousands of Irish fans were on hand for the charity event that has raised more than $145 million in its previous five stagings.

The former Duke star made sure to have her picture taken with Woods, replicating a photo souvenir from the 2006 Ryder Cup at The K Club. Other notable pros in the event include Scottie Scheffler, Jon Rahm, Justin Thomas, Matt Fitzpatrick, Collin Morikawa, Rickie Fowler and Brooks Koepka. Jordan Spieth was disqualified after the first round.

“There’s a greater buzz about the event,” said Maguire, who was sandwiched in between Woods and McIlory on Monday. “There’s supposed to be 35,000, 40,000 thousand people in the gates. We don’t normally get that in LPGA events.”

Maguire, 27, became the first Irish player to win on the LPGA earlier this year and was a breakout star at last year’s Solheim Cup at Inverness, which Europe won. Currently ranked 20th in the world, Maguire, who has twin sister Lisa caddying, called Adare Manor one of the best courses she has ever played, noting that the aprons around the greens are better than some of the greens she sees each week on the LPGA.

“Never in a million years would I have dreamed to be at something like this,” said Maguire. “These are the lads I grew up watching on telly, and all the crowds and everything very fortunate that JP has me here this week, and yeah, I’m enjoying it as much as I can.”

Maguire recently lost in a playoff to Jennifer Kupcho at the Meijer LPGA Classic and finished in the top 10 at the U.S. Women’s Open at Pine Needles.

“The goal was to put myself in contention as many times as I could this year,” she said. “Did a few weeks ago at Meier and came up a little bit short in the playoff. I think special attention to the majors in the next few weeks, Evian and British Open coming up. So they are sort of where the focus is right now.”