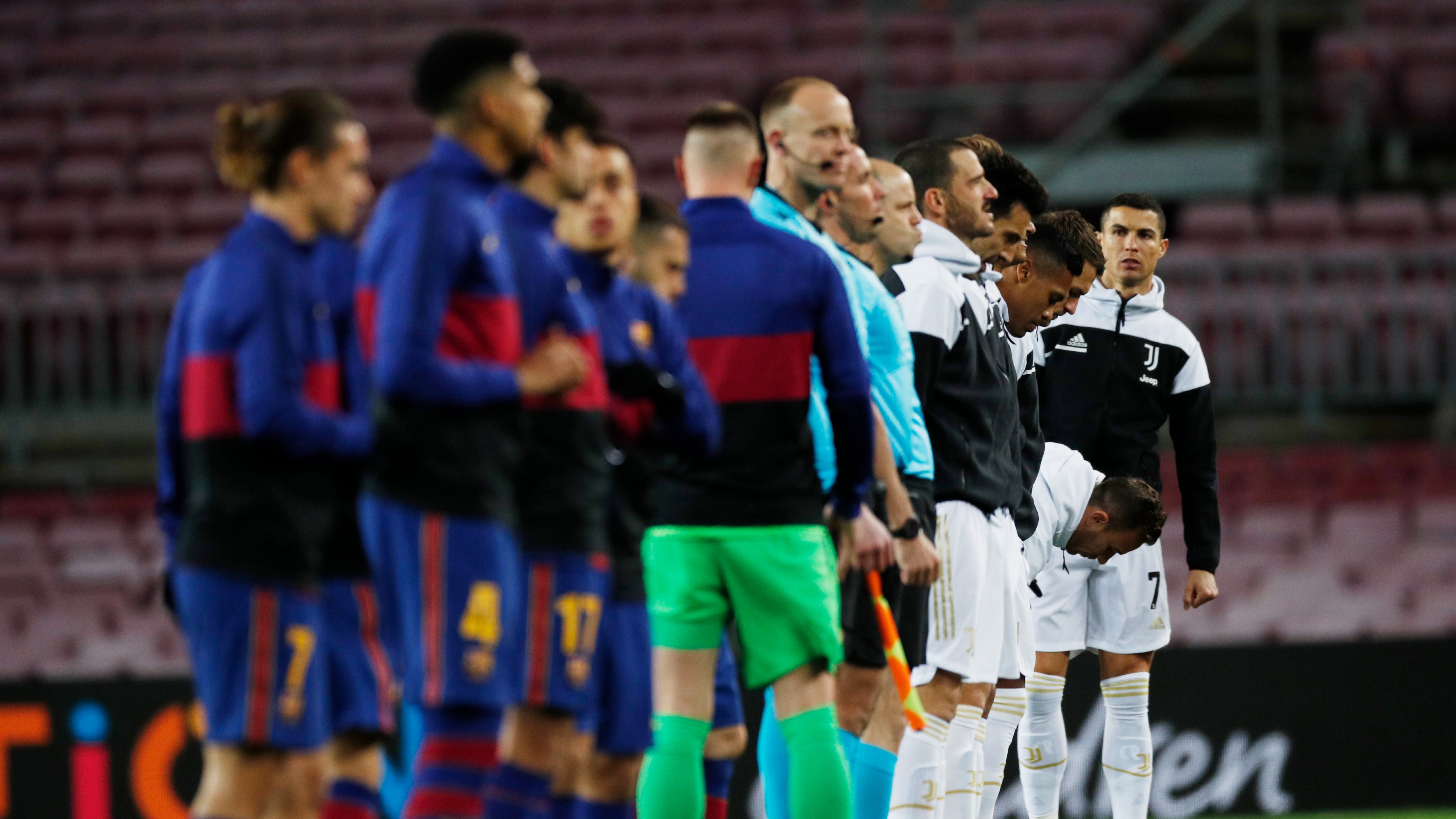 This would be the transfer of the century: Ronaldo offered to Barcelona!?

Cristiano Ronaldo has expressed his desire to leave Manchester United in order to play in the Champions League next season, however, he does not have many options in front of him. At the age of 37, he is no longer a player who guarantees security for his employer and goals for a long period of time. Those who can afford his salary of 25 million euros a year want younger players, and those who would like to have him in their ranks cannot pay that much.Roma, Napoli, Bayern Munich and Chelsea have been mentioned so far. The Bavarians quickly denied it, and the others are not (yet) announcing themselves officially. Meanwhile, a new transfer bomb exploded – Cristiano Ronaldo could go to Barcelona! The news was published by Madridian outlet AS, which ‘favor’ Real Madrid, but the front page on their portal stirred the imagination.Ronaldo trying to find a club with his 450k/week wagespic.twitter.com/MFo27llcgW— Catalan Trey (@BarcelonaTrey12) July 3, 2022 Allegedly, Barcelona president Joan Laporta and Ronaldo’s manager Jorge Mendes met for dinner on Monday evening, and the name of the experienced Portuguese was mentioned several times during the conversation. A well-known newspaper writes that Barcelona wanted Ronaldo last summer, when he moved from Juventus to Manchester United for 15 million euros, but then the financially strapped Catalans could not meet his request for a huge salary. Now the situation has improved, the coffers have been replenished by the sale of part of the rights to use the brand and match broadcasts, so the club could meet Ronaldo’s expectations regarding earnings. The question is “only” whether the Portuguese is ready to plunge a knife into the hearts of Real Madrid fans, who he jollified for nine years and who consider him an icon of the club, just to play in the Champions League.There have been transfers from Barcelona to Real Madrid in recent history, but there are far fewer in the opposite direction. Counting those who took the detour, Samuel Eto’o was the last to do so. Before him – Luis Enrique, Gheorghe Hagi, Robert Prosinecki…##NAJAVA_MECA_6490264##It’s hard to imagine Ronaldo in the red and blue jersey, especially considering his rivalry with Leo Messi, but marketing-wise, it would probably be one of Barcelona’s best moves in the 21st century, and beyond. The five-time Champions League winner is far from having nothing to offer. Last season he scored 18 goals in 30 Premier League matches and six in seven Champions League matches. He did not manage to help the club from Old Trafford to win a trophy or a place in the elite competition, but it is certain that in a better environment – coach and teammates than he had at Manchester United – he could play at least one more competitive cycle at the highest level.Barcelona and Messi fans rushing to go check out “Ronaldo to Barca”#FootballWithDMEpic.twitter.com/9jQWODFeEf— El Don (@el_dme_363) July 5, 2022 AS assures us that Laporta and Mendes discussed exactly that, but also about Ruben Neves (Wolverhampton), Rafael Leao (AC Milan) and Bernardo Silva (Manchester City). All of them are represented by Mendes and would also be great reinforcements, however, in terms of compensation – more expensive than Ronaldo, who still has a year left on his contract with Man United.