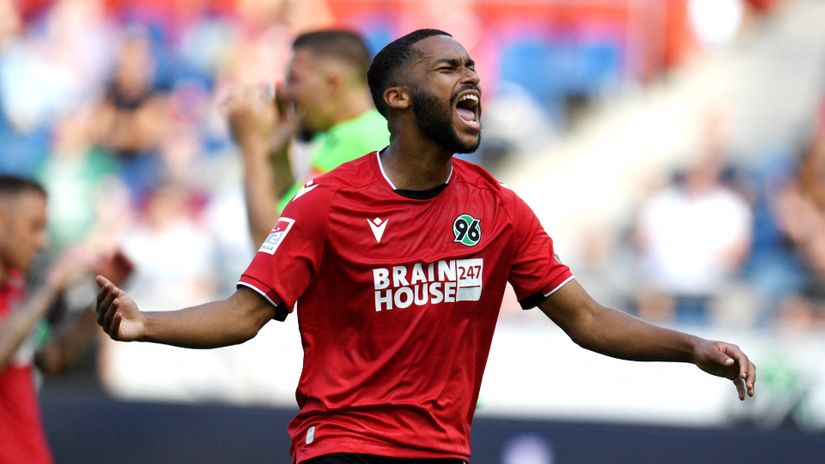 Kenyan midfielder Linton Maina will have another shot in the German Bundesliga after making the switch to FC Köln from 2. Bundesliga outfit Hannover 96 on the Bosman Rule.Following an impressive season with Hannover, the 22-year-old attracted interest from a number of top Bundesliga sides including Hertha BSC, Mainz 05, and RB Leipzig who are chasing another season in the UEFA Champions League. Assist for Maina in Germany as Tera and Magnus featureFC Köln head-coach Steffen Baumgart confirmed the signing of Maina in their pre-match press conference ahead of their Bundesliga clash against Stuttgart and admitted that he will galvanize their attack next season. “We are happy that he [Maina] has joined us and are looking forward to having him. We believe that he will strengthen our attack, particularly with Kainzi [Florian Kainz] on that side as well, we’ve two versatile players. We hope to incorporate his skills into our game,” said Baumgart. After spending eight years with Hannover, Maina laid bare his intentions of not extending his stay at the club beyond this season following the expiry of his contract in June. Hannover coach provides injury update on Kenyan midfielderThe fleet-footed winger will return to the Bundesliga where he last played in the 2018/19 season which ended in relegation for Hannover and have since been languishing in the second tier. Maina is still eligible for Harambee Stars having never featured for the German senior side and having been born to a Kenyan father and a German mother.