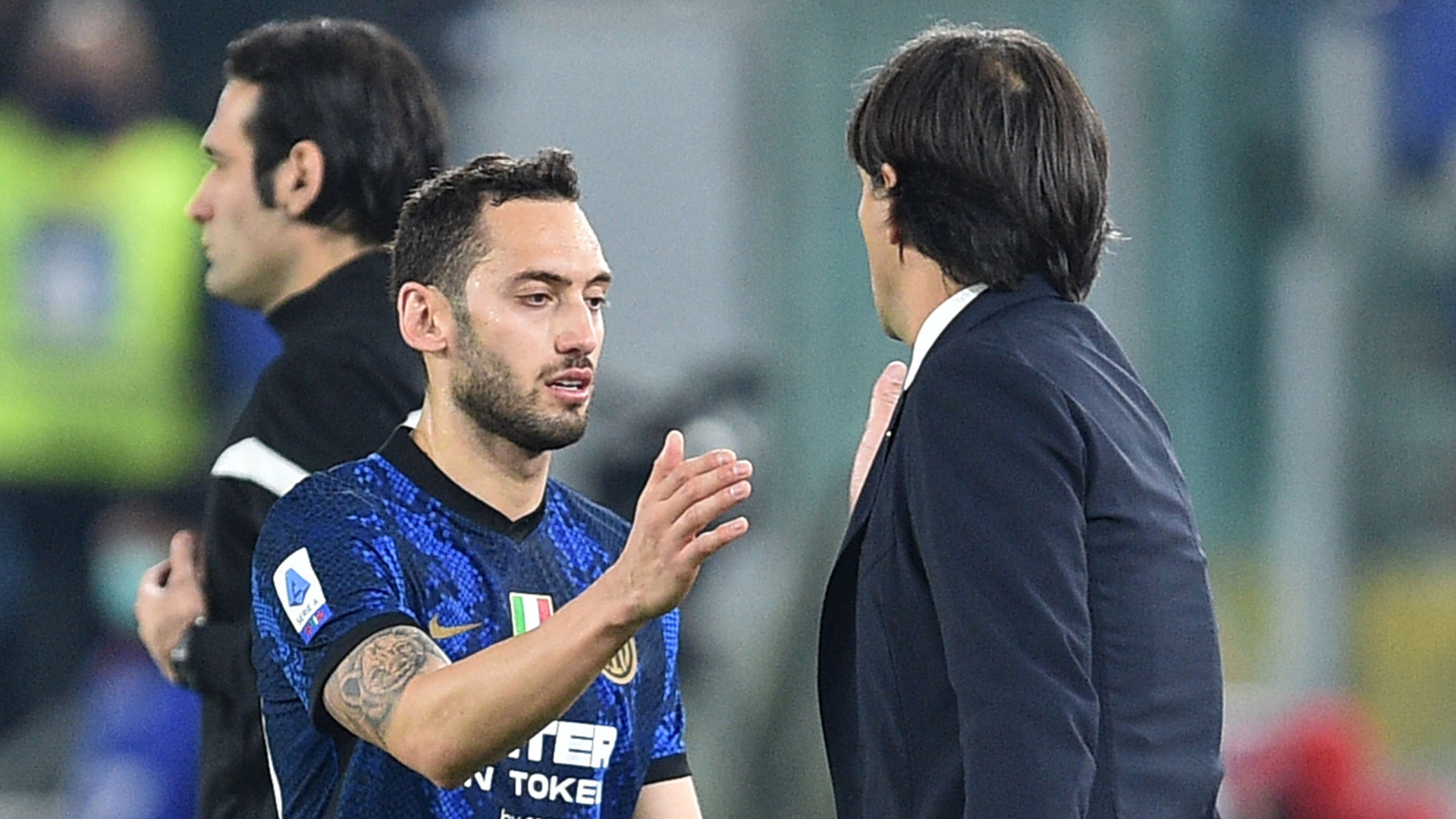 Big ego and even bigger mouth: Calhanoglu blames his coach for the lost title

Inter Milan midfielder Hakan Calhanoglu went to his homeland of Turkey for a holiday, but his mind and mouth aren’t resting. Speaking to Tivibu Spor, he shocked everyone by openly blaming his coach Simone Inzaghi for the defeat against AC Milan in one of the title-deciding matches last season.Calhanoglu looks like a man who is determined to burn bridges and sever ties with everyone surrounding him. He started to make enemies a year ago when he left AC Milan to join biggest rivals Inter – and he continued to annoy people with a series of bitter statements that rocked Italy.”First of all, I must say that transferring from Milan to Inter was very difficult. Signing for the team that’s just won the title was a big opportunity, and I had to take it. Then my former club won the title at the expense of my new one – and people insinuated that it was my fault.”19.00: (1.53) ASEC Mimosas (3.60) Academie de FAD (6.75)Of course, it’s never his fault. He’s too good to make mistakes. It must have been someone else. Like Inzaghi.”Inter are much stronger than Milan, even though we lost the championship. That derby was decisive, which suddenly changed in the 75th minute after Perisic and I were substituted. We were leading 1-0 at that point, but we ended up losing 2-1. The coach also contributed to the defeat, I also told him.”Calhanoglu goes IN on Zlatan 🤯👇”He’s a 40 year old man, I wouldn’t do something like that if I was his age, he’s not 18. He likes to be the center of attention.”🗣 Quotes via Tivibu Sport, translated into Italian by Goal (more below) pic.twitter.com/1KCAZPeiVv— Italian Football TV (@IFTVofficial) June 22, 2022 Calhanoglu raised a few eyebrows by dismissing Milan legend Zlatan Ibrahimovic. They were close during the 2020/21 campaign. But the Swede ridiculed his former teammate for missing out on the Scudetto celebrations.”He’s a 40-year-old man. I would never do something like that if I were that age. He likes to be the centre of attention. This year he has practically not played but still wants to attract the attention of the fans. When I was at Milan, he always called me, wanting to go out to dinner or ride a motorcycle with me. I respected him, and that was it for me. But I won’t answer him. It’s better not to answer.”21.00: (1.20) Belgium W (6.00) N.Ireland W (12.0)Even though he’s yet to lift the much-desired trophy in Italy, the 28-year-old says he’s made the right choice in joining Inter because the Nerazzurri fans genuinely appreciate him.”Our goal for the next season is the championship again. I am very happy at Inter. I’ve got plenty of support from the fans, which greatly helps me. I played for Milan for four years, but no one was chanting my name from the stands. Now that happens every time I warm up before Inter games.”Calhanoglu“I played for Milan for 4 years and my name wasn’t called once during the warm-up I wonder why 🤔pic.twitter.com/XsYugVfBhT— Jack Dawson ₂₂ (@_jcak) June 22, 2022 The public in Italy went wild after Calhanoglu’s words reached them. So, the Turk took to his Instagram page to try and get himself out of the hot water.”Some of my words have been misinterpreted by the press. I’ve never criticized any coach, let alone Inzaghi, who I consider a great tactician and who wanted me to join Inter.”It will be an awkward reunion on the first day of Inter’s pre-season. And the next time Zlatan sees Hakan – it could get nasty!