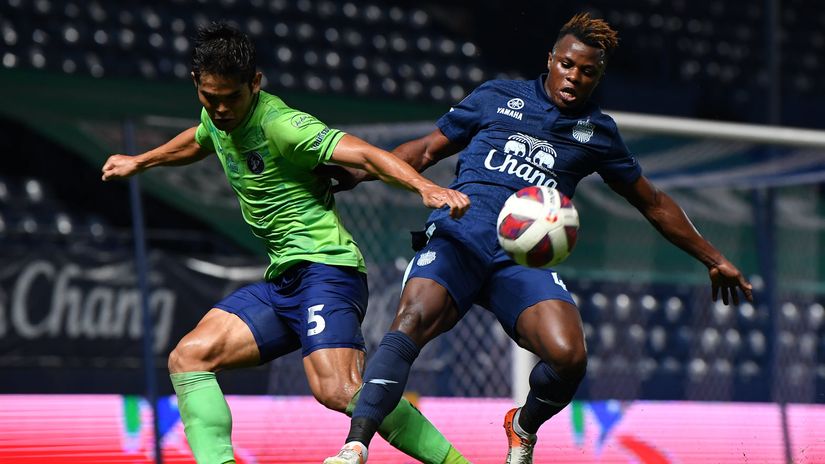 Fleet-footed Kenyan international Ayub Timbe has poured his heart out at the frustrations he undergoes for being overlooked by national team coaches. The player is yet to feature for the national side since the 2019 African Cup of Nations that was staged in Egypt.The Thailand-based winger has not turned out for the country since the Egypt edition of the biannual tournament in which Kenya exited at the group stage after losing their opening two games to Algeria and Senegal before securing the sole win over neighbours Tanzania.##NAJAVA_MECA_6467684##After the AFCON, the federation decided to ditch some senior players albeit without making it public. Captain Victor Wanyama who has since retired from international football, Turkey-based Johanna Omolo, goalkeeper Patrick Matasi, and Timbe were among those who got overlooked for the 2022 World Cup qualifiers.The winger has now opened up to missing out on national team call-ups. He says he felt disrespected by the national team handlers he added that he is still available for selection in the future.“I’m always available for the national team whenever I am called upon. It is usually a good feeling to represent my country. But when you are left out you will definitely feel disappointed or disrespected. You could also think that maybe the national team handlers don’t understand your value or input,” he told the People.Kenyan inteternational Ayub Timbe has joined Thailand club, Buriram United.#KenyansAbroad pic.twitter.com/w7egugJbJ7— Ole Teya (@Kevin_teya) December 2, 2021 Kenya is currently suspended by FIFA over government interference after the government dissolved FKF and appointed a caretaker committee which has since metamorphosed to a transition committee. Harambee Stars will now miss the 2023 AFCON after they were kicked out of the qualifiers but Timbe says he wants to feature in the biannual tournament again.“My ambition is to see Kenya qualify to play at the AFCON again and I’m still available for selection,” he said.The attacker is currently in the country for holiday after winning titles with United in the Thailand league.