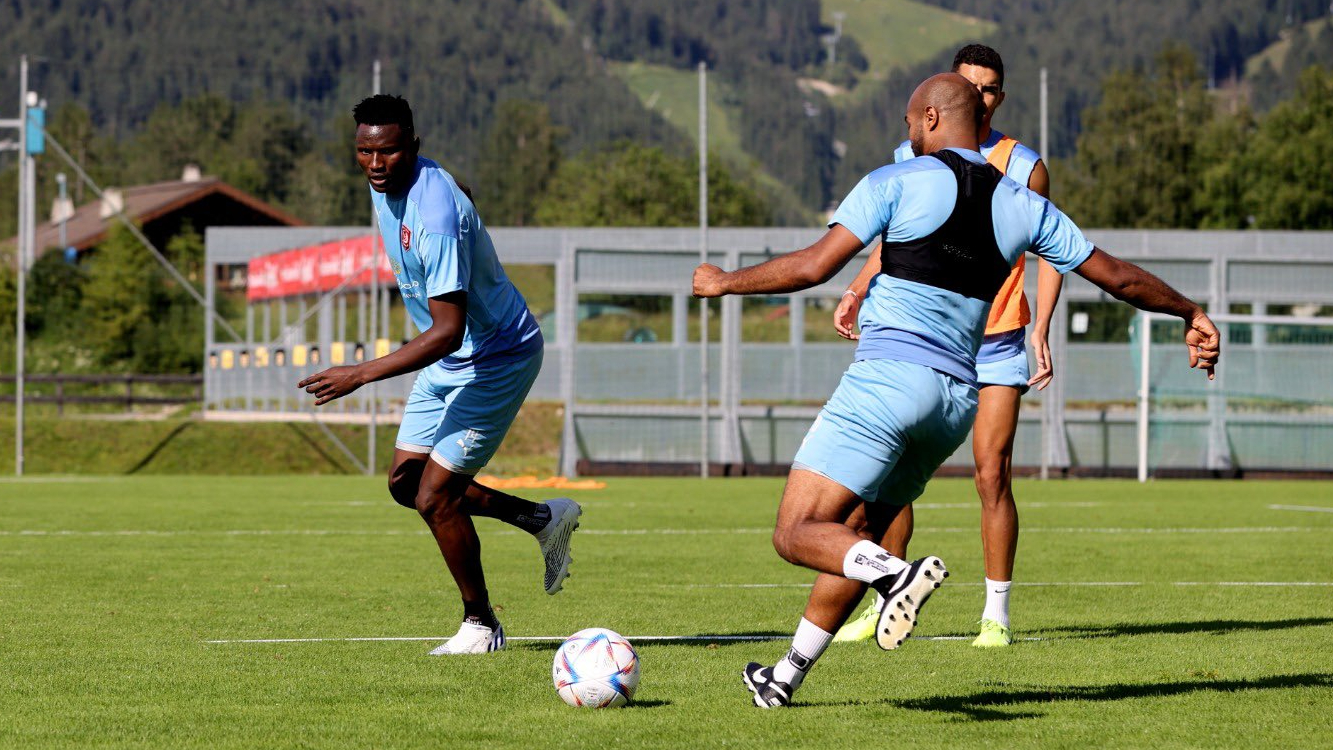 Olunga’s Duhail to face Bundesliga side in preseason friendly

Michael Olunga’s Al Duhail are set to engage in a series of pre-season friendly matches in a span of two weeks in Austria in readiness for the 2022/2023 season that is set to kick off next month, including one against a Bundesliga outfit.The team jetted out to Austria at the start of the month having had resumed their preseason preparations last month at their facility and already played a test match before they departed Qatar where they lost to AL Wakrah by a solitary goal.مباريات #الدحيل الودية في المعسكر الخارجي بالنمسا 🇦🇹 #الدحيل_في_النمسا pic.twitter.com/QroNKMVYsj— نادي الدحيل ALDUHAIL (@DuhailSC) July 5, 2022 Duhail will first play Romanian side CS U Craiova on July 6, then Austrian side SC Imst on July 10, Greek outfit Panathinaikos F.C on July 14, and finally wrap it up with Bundesliga side FC Augsburg on July 17.Their training session in Austria consists of two sessions as they seek to be in top form ahead of the new campaign.”Our first team commenced their training sessions today as part of the preparational camp in Austria. The team held the training on two sessions, morning and evening, where the players accessed the gym performing physical exercises in the morning, while the evening training session were on the field of play which consisted of various technical drills by the players,” the club wrote upon arriving in Austria.صور 📸🟥 تمرين صباحي (الصالة الرياضية)⬜️ اليوم الاثنين 4 يوليو #الدحيل_في_النمسا pic.twitter.com/IdKPT3cyd4— نادي الدحيل ALDUHAIL (@DuhailSC) July 4, 2022 Since joining Duhail back in January 2021, Olunga is yet to win the Qatar Stars League as the team has finished runners-up in the back-to-back seasons that the forward has been in Qatar and this will be hoping to help the team better those finishes this time around.Their opening clash of the campaign is slated for Wednesday 3 August as they will travel to face Al-Wakrah at the iconic Al Janoub Stadium which is scheduled to host some games during the Qatar 2022 FIFA World Cup.