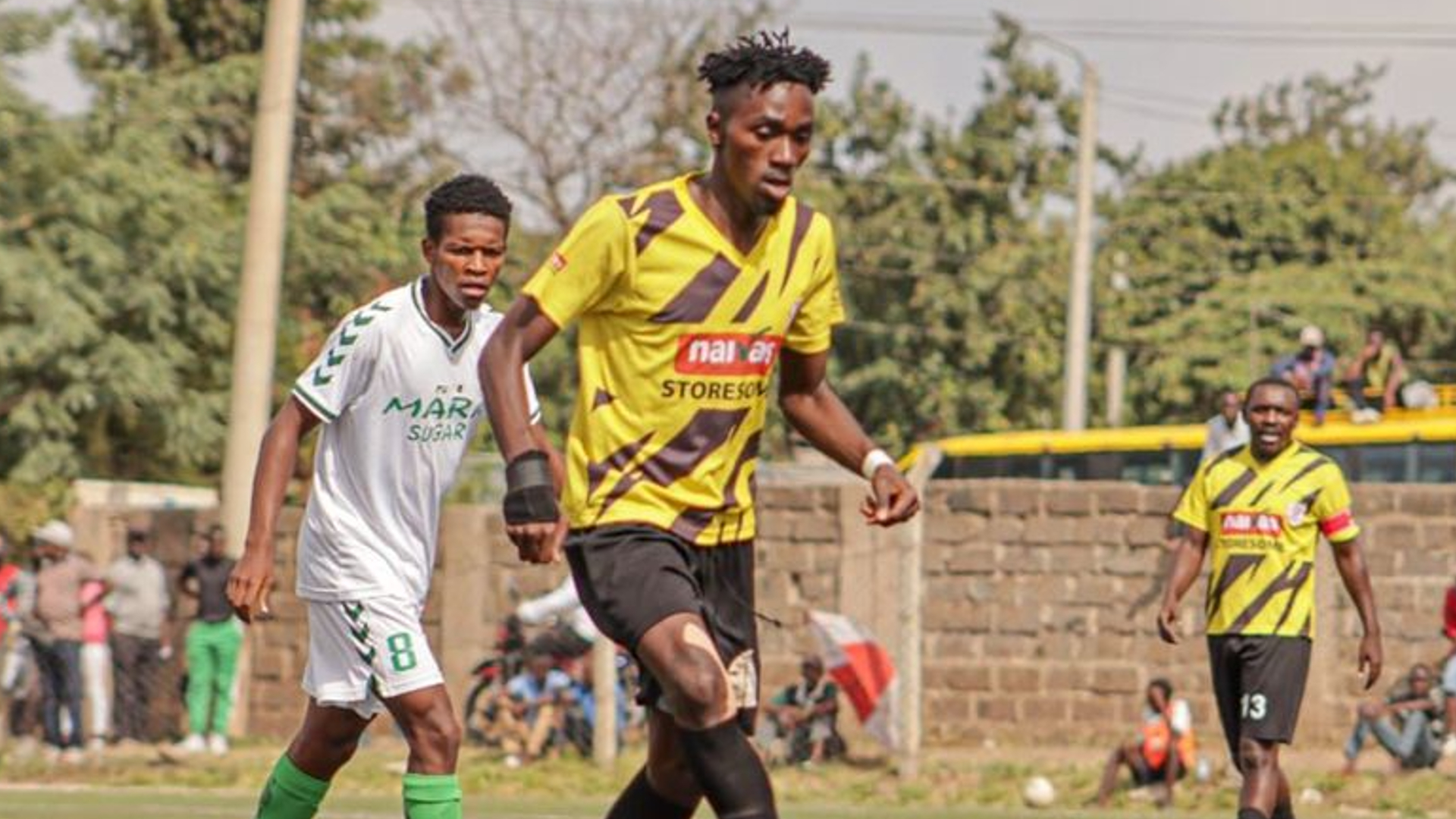 The free-spending Kenya Police FC is in a pole position to acquire Naivas forward John Walubuka’s services at the end of National Super League season.Walubuka has been riding on quite some form this season as he has fourteen goals against his name and is likely to add more from the remaining four league matches.89’Substitution, John Walubuka comes on pitch, Charles okwemba goes out.— FC Sofapaka_Live (@FCSofapaka_Live) May 6, 2017 The former Sofapaka striker revealed that Police had expressed interest in his servives thanks to his form that has placed him as the fifth best scorer in the second tier.The law enforcers who will be in their second season in top flight football in the next term will however face competition for the player’s signature from the trio of Mara Sugar, Murang’a Seal and Posta Rangers as well as the shoppers who want to retain him by all means.##NAJAVA_MECA_6490285##KCB had initially expressed interest in the 25-year old but have since dropped out of the race to win his signature.“I have offers from four teams but at the moment, I am fully focused on helping Naivas win the remaining four league matches. I will carefully study the offers once we play the final match of the season and pick the best,” he said.Former Sofapaka forward Walubuka vows to fire Naivas to automatic promotionWalubuka, famously known as Kelwish in the meantime hoping to score at least six goals in the remaining fixtures of the season.The shoppers who are under the tutelage of Jeff Maina are set to face Vihiga United, Muhoroni Youth,Kisumu All Stars and Caostal Heroes.“My target still remains reaching the twenty-goal mark. I believe I have the mettle to score more than six goals in the four matches,” he added.