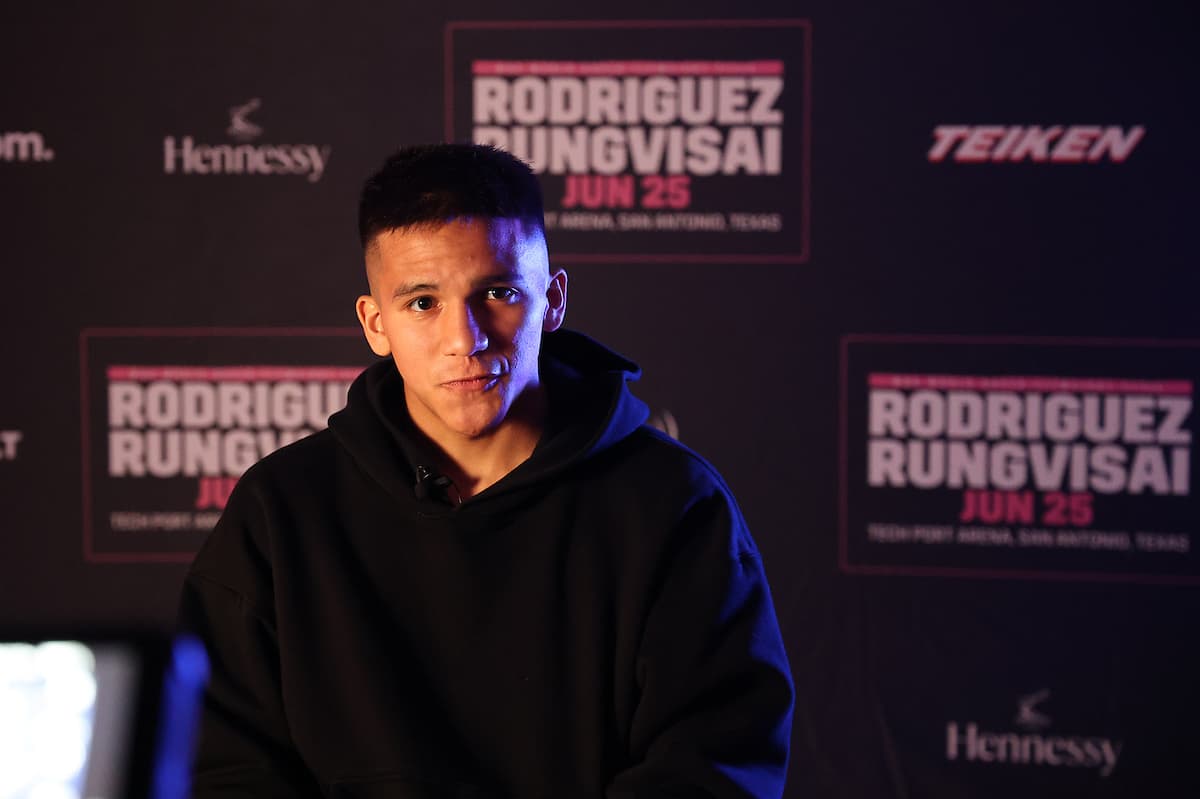 Jesse Rodriguez: I want to show I am the real deal, beating Rungvisai would really boost my confidence & skyrocket my career

22-year-old Rodriguez (15-0 10 KOs) claimed the vacant title by unanimious decision against Carlos Cuadras in February. In addition to lifting the belt, the victory saw ‘Bam’ crowned the youngest active world champion in the sport of boxing. Ahead of his first defense he says he is looking to live up to the hype.

Rodriguez vs Rungvisai start time, how to watch, undercard

Rodriguez vs Rungvisai tickets can be purchased through TicketNetwork and Vivid Seats.

“A lot of people have eyes on me now and they are looking at me to take over the division,” said Rodriguez. “I’ve seen a lot on social media saying I am the new Choccy and that’s a lot of motivation and I want to live up to the hype.”

“Rungvisai has been in with the best and beating him would really boost my confidence and skyrocket my career. I feel a lot stronger than I did against Cuadras. That wasn’t a fluke, I want to show I am the real deal.”

“It’s possibly the toughest test you could face in a first defense of my title but like with the Cuadras fight, I had no hesitation because I am here to takeover.”

“I want to see how the fight goes. We do have plans to go down to 112lbs and win a world title there, and hopefully unify and become undisputed, and then come back to 115lbs.”

The post Jesse Rodriguez: I want to show I am the real deal, beating Rungvisai would really boost my confidence & skyrocket my career appeared first on FIGHTMAG.