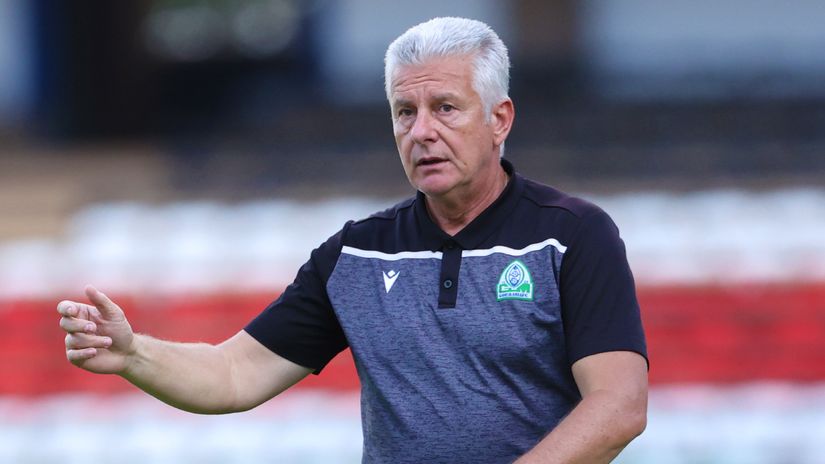 Andreas Spier has parted ways with record Kenyan champions Gor Mahia, the club has confirmed.The former Football Kenya Federation (FKF) Technical Director leaves the club after being in charge since February and guiding the side to a fourth on the log.In a statement on Tuesday afternoon, K’Ogalo confirmed that they had gone separate ways with the coach upon the expiry of his contract and they are currently in the market for a new gaffer.”We can confirm that we have mutually parted ways with head coach Andreas Spiers. His contract ended and we are now in the market for a new coach. We wish him well,” Gor wrote on their social media pages.Gor Mahia part ways with head coach Andreas Spier after his six-month contract expires; the club’s Excecutive Committee says he won’t be offered an extension and search is on for a new coach. pic.twitter.com/SzLOxumujf— Tony Anelka (@tonyanelka) July 5, 2022 Spier has been in charge at K’Ogalo for 17 matches, managing to win and draw in equal volumes of seven instances in each of the two outcomes, and losing twice with one game still yet to be decided after the club petitioned the FKF Caretaker Committee’s ruling then pertaining the match against Vihiga Bullets to the SDT.The club turned to the German tactician after firing Mark Harrison, his assistant Sammy ‘Pamzo’ Omollo and goalkeepers’ trainer Jerim Onyango in January.🟢 | Welcome to Gor Mahia head coach Andreas Spier and Assistant coach Michael Nam #Sirkal | #Betsafe pic.twitter.com/f21uox6q76— GOR MAHIA FC (@OfficialGMFC) February 1, 2022 Shortly after Harrison and part of his backroom staff were shown the door, the club announced that the 2016 league winning coach with Tusker Paul Nkata would take charge albeit on interim basis with the Youth team Jared Odongo serving as his assistant but it did not come to be.The appointment of Nkata then appeared not to sit well with a section of fans who expressed doubts over his integrity as the tactician was allegedly mentioned in the match fixing scandal that rocked Kakamega Homeboyz in 2018 that led to his sacking alongside his assistant Hamza Kalanzi.